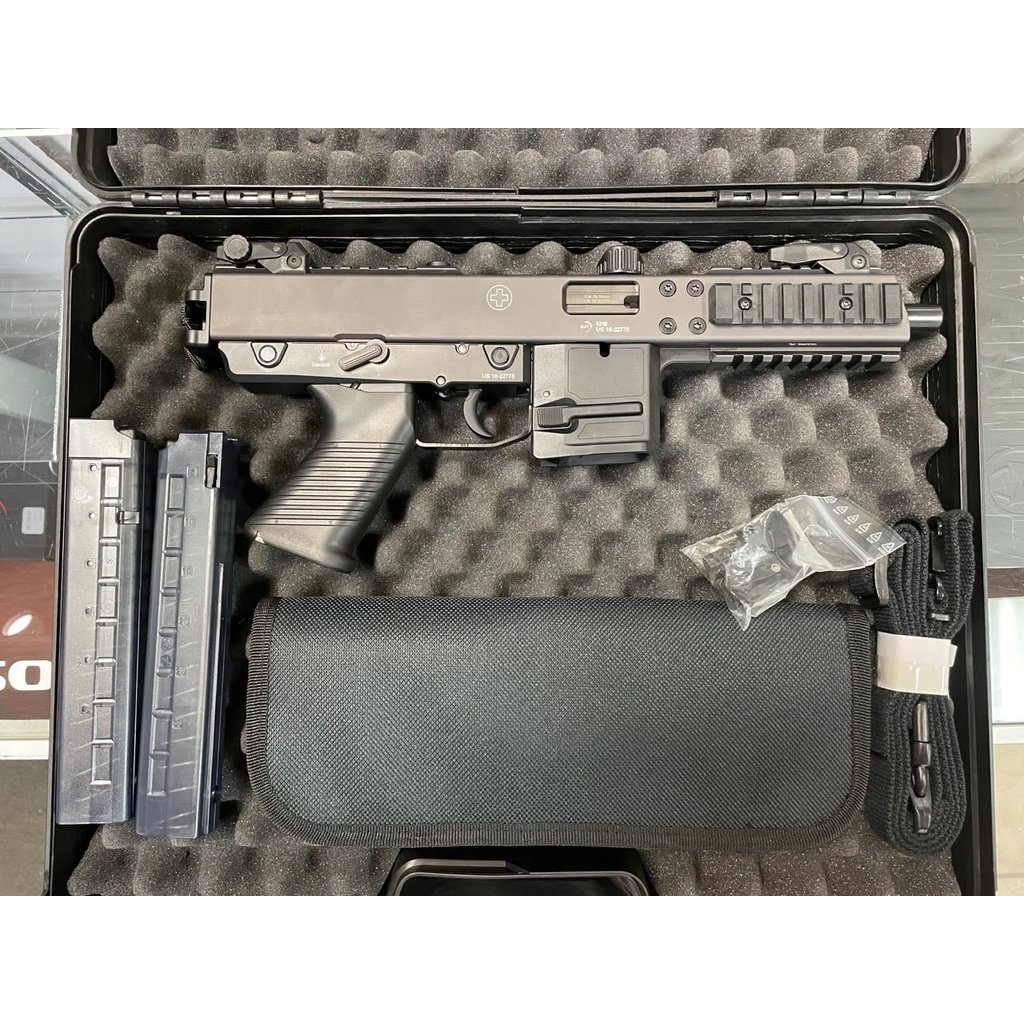 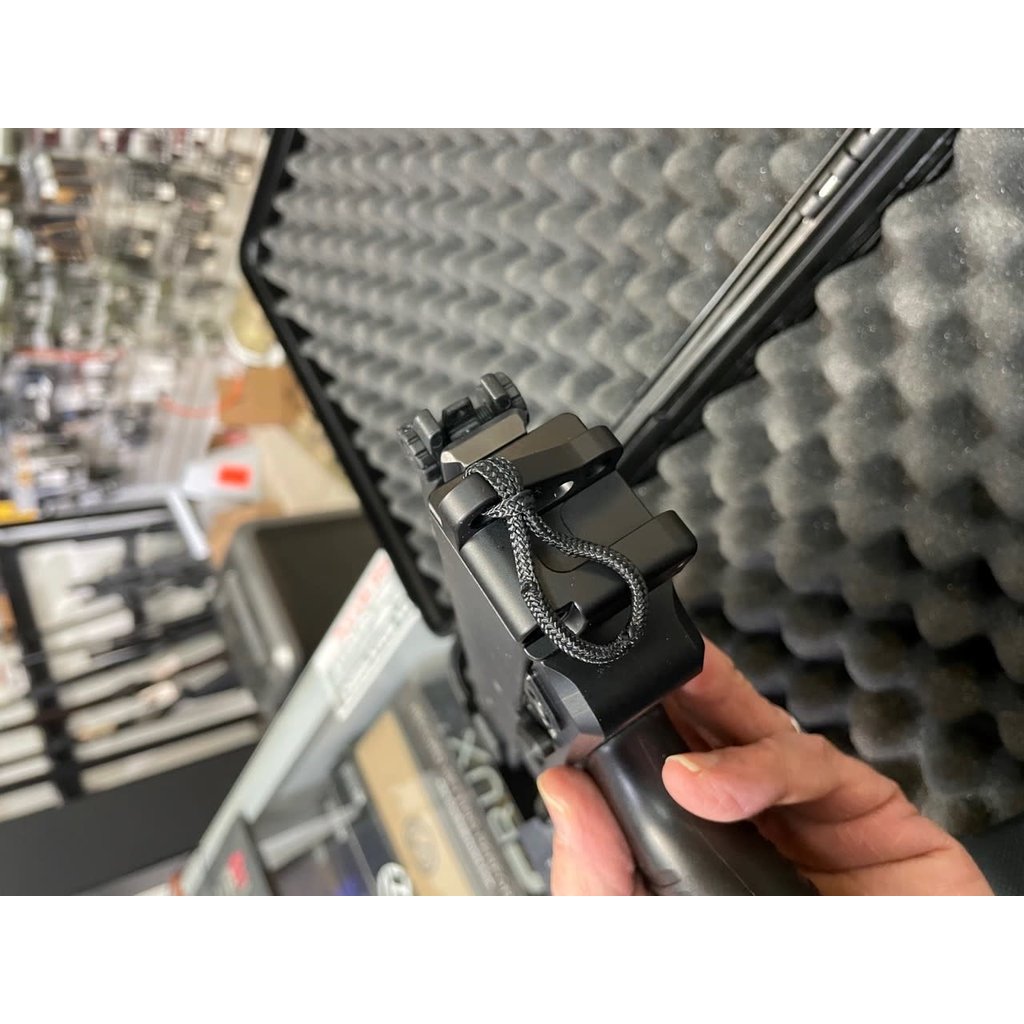 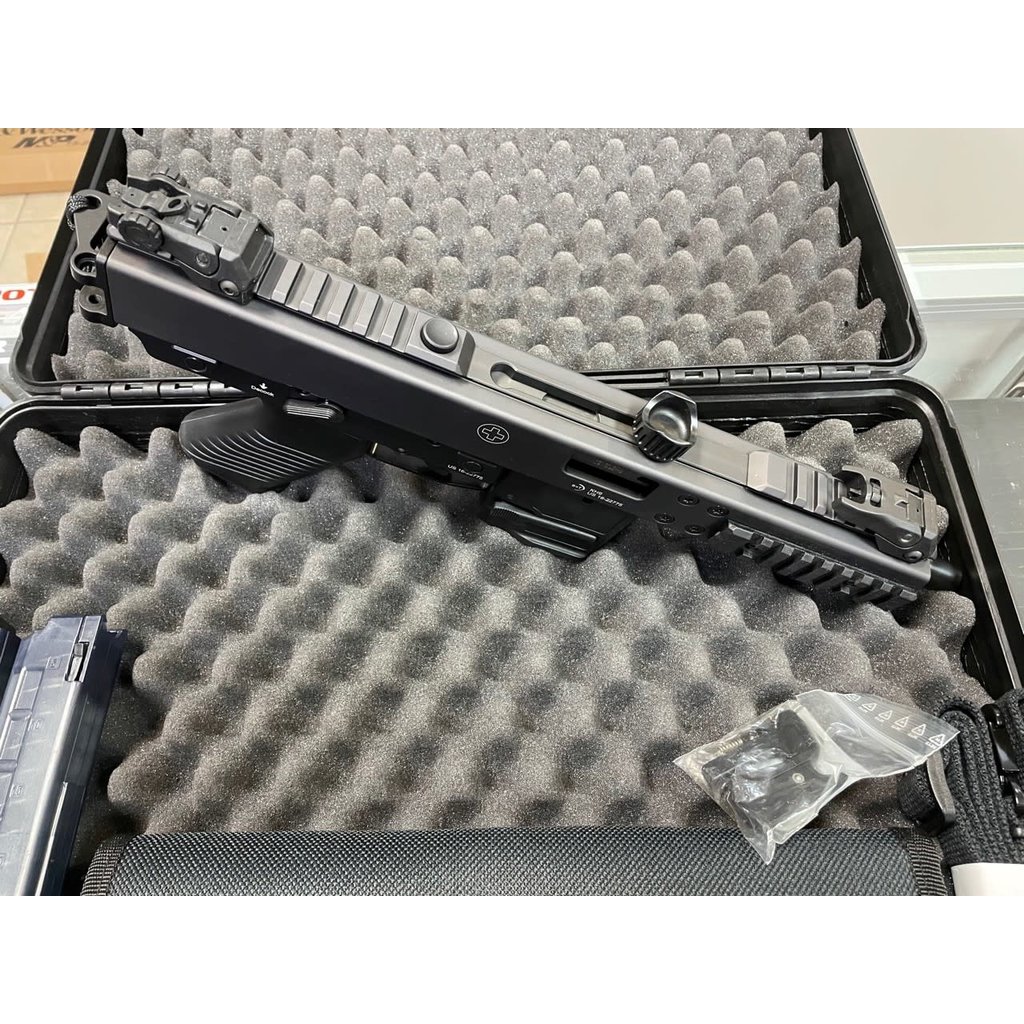 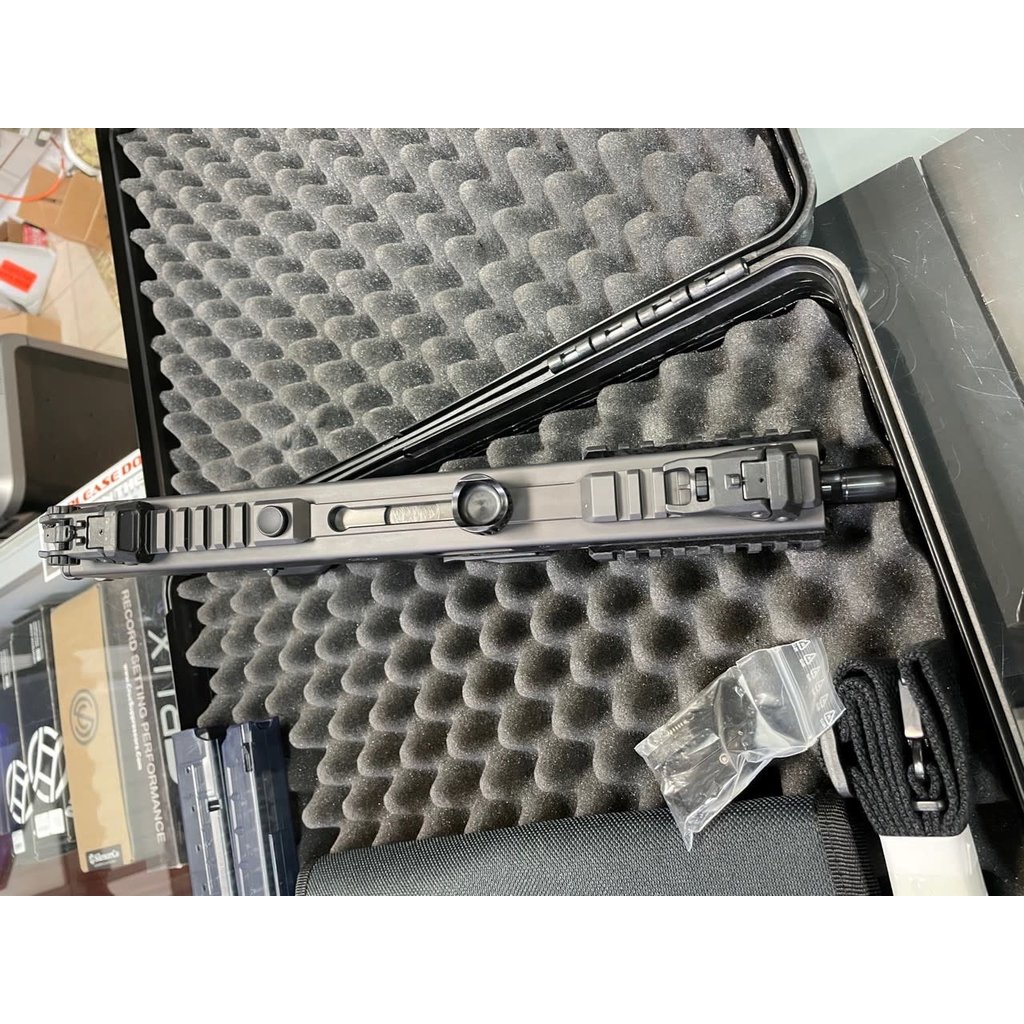 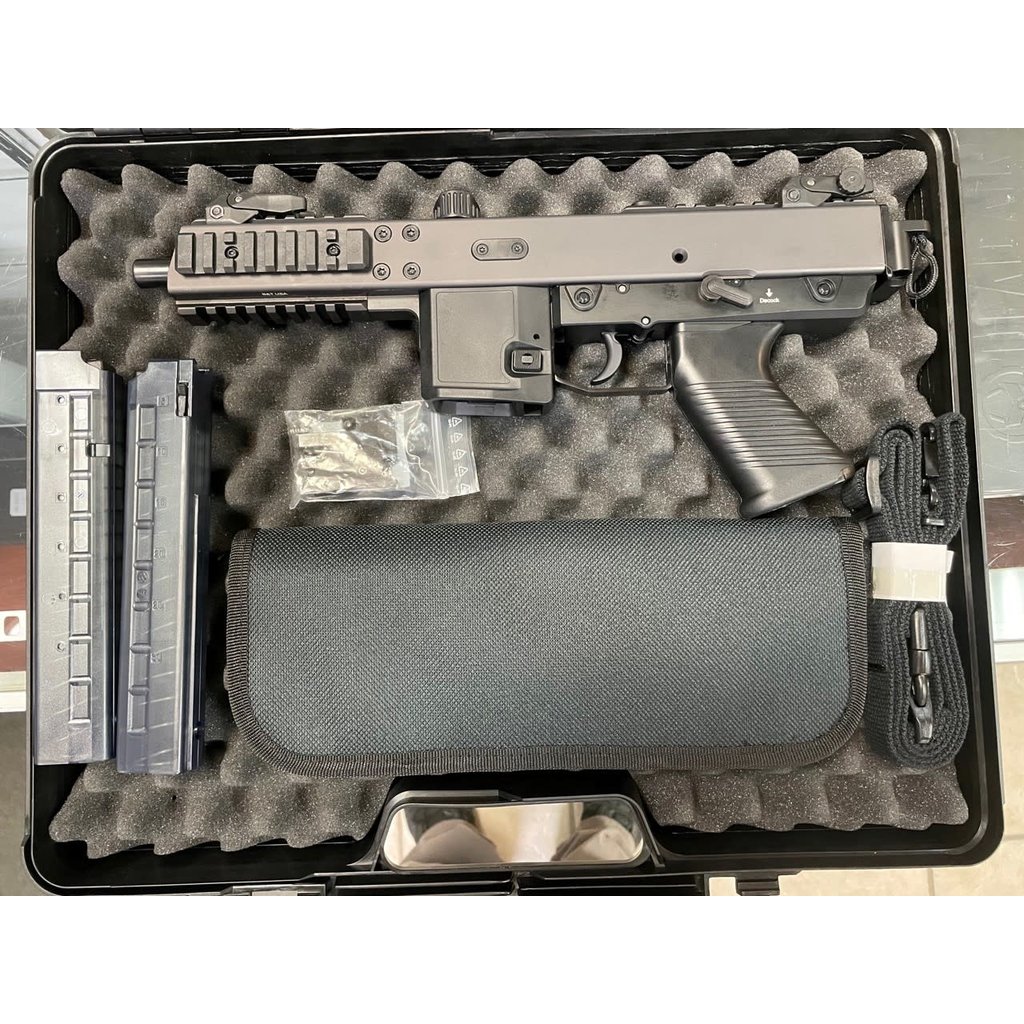 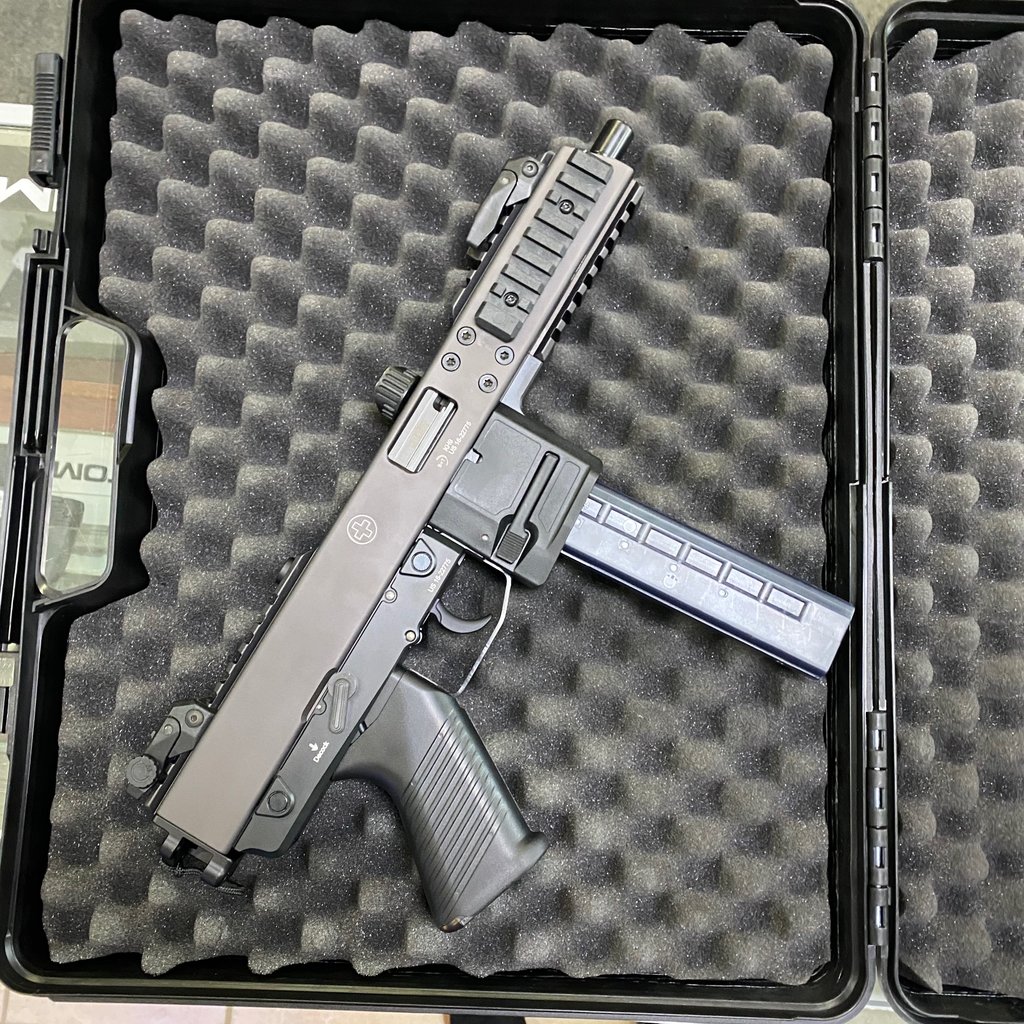 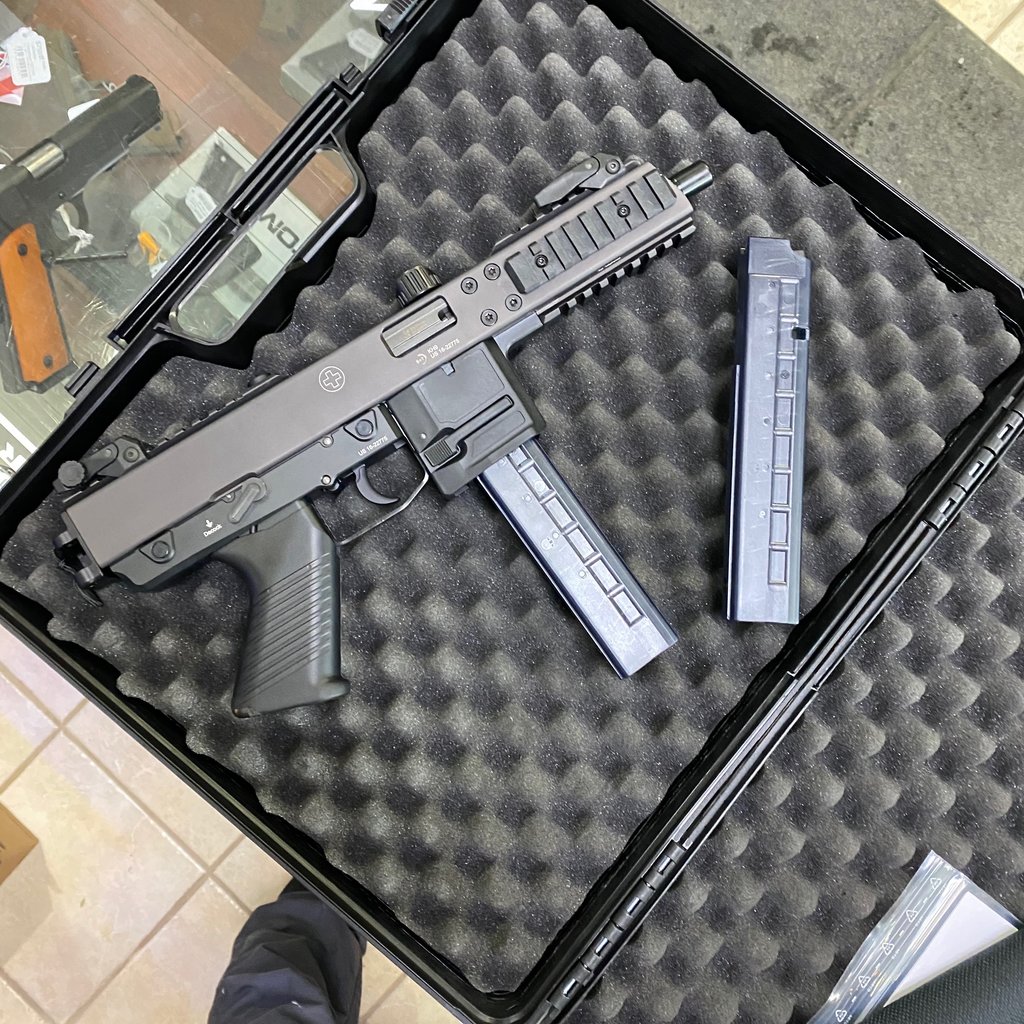 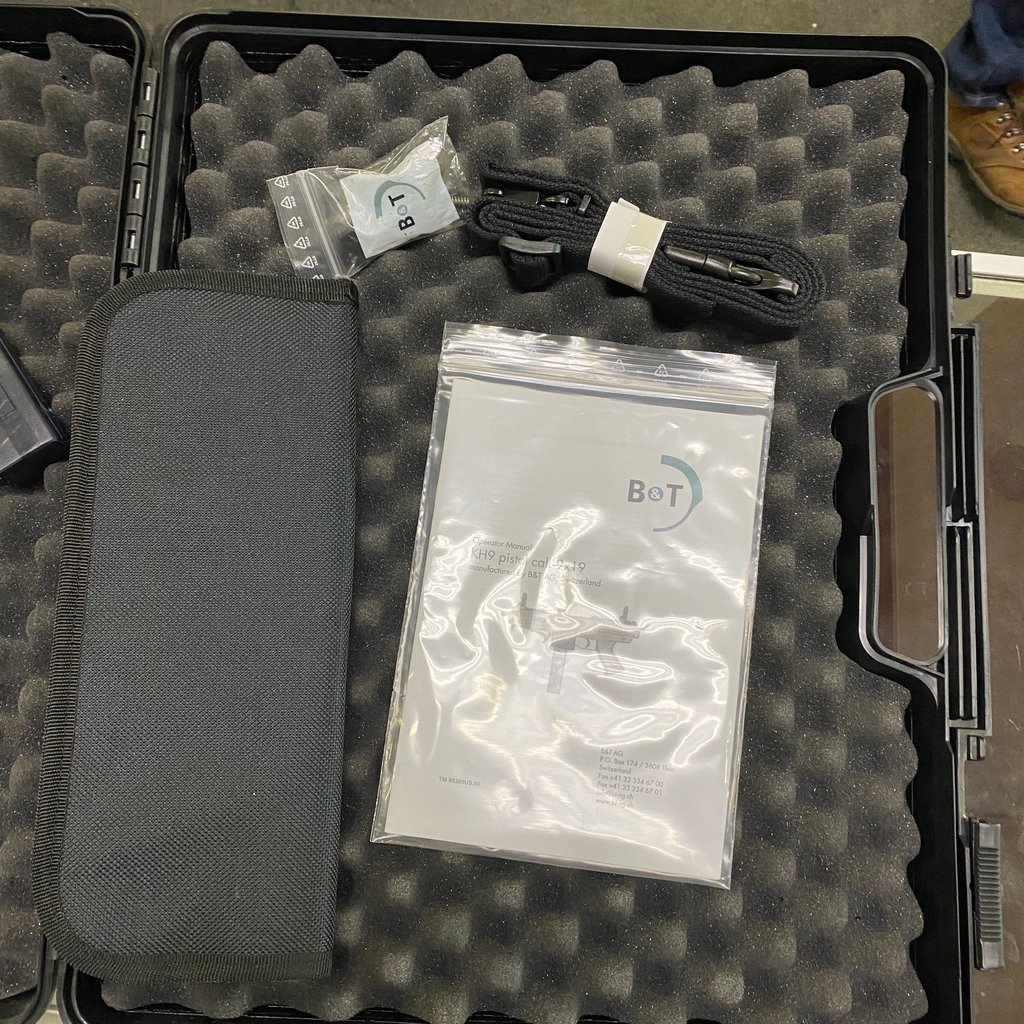 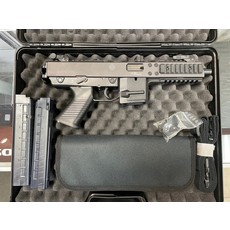 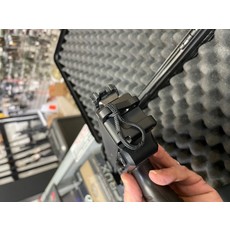 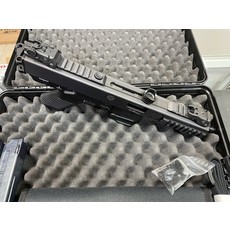 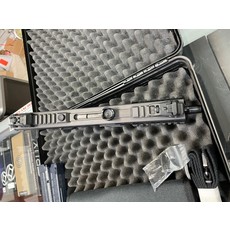 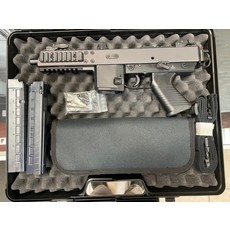 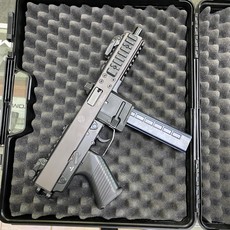 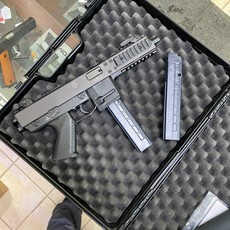 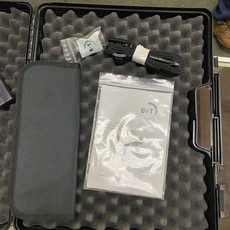 $3,900.00
B&T KH9 PISTOL CAL. 9X19, ONE OF 400 IMPORTED
1 in stock
Expect delays on all purchases. Delays on all online purchases.
Sameday pickup on in stock items. CALL FIRST! Expect some delay on all orders.

The B&T USA / Brugger and Thomet KH9 was made in Switzerland and designed by Karl Brugger as Karl's Hobby 9mm which is a modernized Italian SITES Spectre M4 double/single action submachinegun with several design improvements. The KH9 has the option of feeding from either standard B&T magazines interchangeable with all of their firearms or includes a Finnish Soumi KP31/M31 magazine adapter to use coffin magazines. The recoil-springs operate on twin guides as opposed to the Spectre which is free floated and prone to binding. Receiver is a monolithic SCAR-type with quadrail and taken from the B&T GHM9. Barrel has an HK three-lug adapter. Controls are completely ambidextrous with magazine release and decocker on both sides. Charging handle was inspired by the Ingram M10 or IMI/IWI UZI, Pistol grip was based on the SIG SG550/STGW90, and the rear trunnion uses standard B&T MP9/TP9 stock/brace assemblies. Package includes hardcase, Soumi coffin magazine adapter, front/rear flip-up sights, two 30 round magazines, cleaning kit, manual, and hard-case. Photo is representative of another of my B&T KH9 examples. The firearm you will be receiving has not been fondled or touched. Made in Switzerland, this is 1 of 400 imported.

Bruger & Thomet-b&t- KH9 Pistol is a unique 9mm SA/DA weapon with a trigger system not unlike the system found on the SIG226 or other pistols of that genre.  There is a heavy first trigger pull with a very enjoyable light trigger pull for the remaining rounds.  There is a decocking level and bolt hold open button.  It comes complete with Picatinny rails machined into the receiver.  The weapon is made of alloy and steel to provide a long service life.