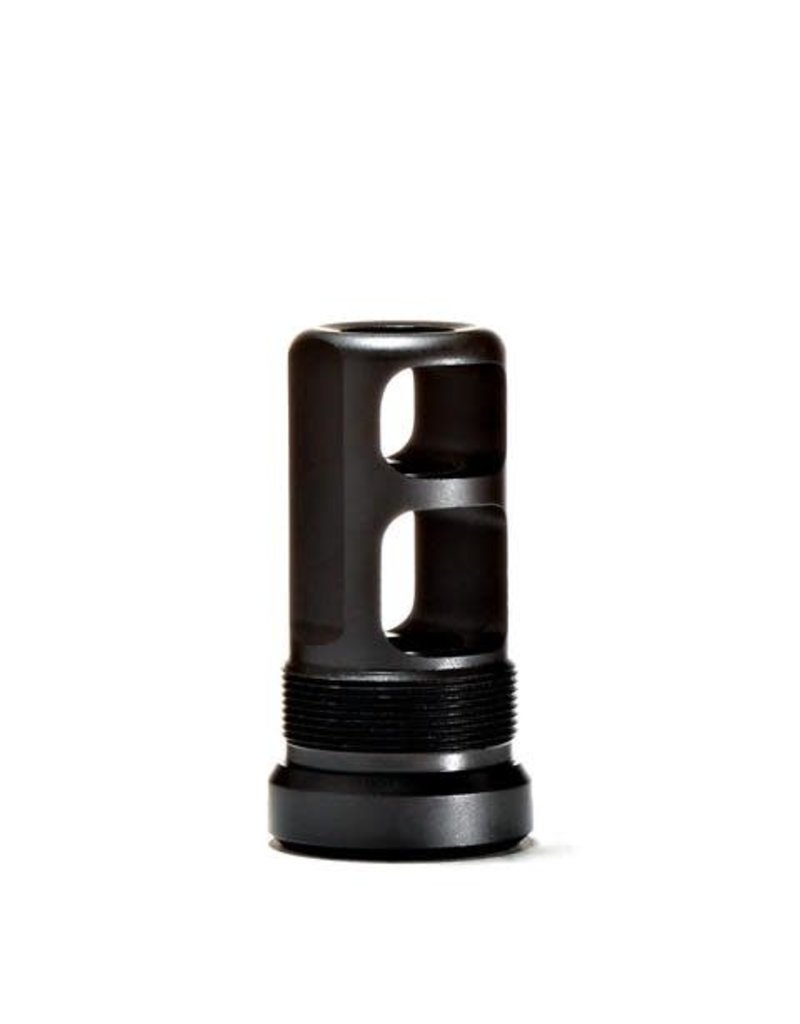 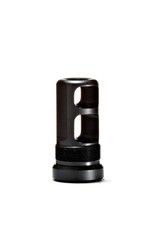 Best in Class Brake Performance with Best in Class Suppressor Mounting Accuracy. Your going to love this system. No "Quick Disconnect" suppressor mount on the market can align the bore of a suppressor perfectly every time to yield the kind of consistency and accuracy that they demand. They designed many new and innovative suppressor mounts and at the end of the day, none could pass their grueling expectations. Getting back to the essence of what the customer really wants and being able to deliver the highest performing suppressors on the market they developed what they feel to be the best suppressor mount technology on the market. Four flash hider prongs does more work than traditional three prong designs. Longitudinal taper dimples lighten weight and also prevent the flash hider from developing harmonics. The mounting action of the Flash Hider is truly innovative. The specially design threads are mechanically engineered self locking threads. Meaning, they in themselves provide enough holding force to hold the suppressor in place. This prevents the can from unintentional looseening. Behind these specially desgined threads is a metal to metal face conical sealing surface that does a number of things. Borrowing the metal to metal face seal designs from the Aerospace industry they are able to prevent any gas leakage at this point. In addition, the added conical surface area works with the self lock thread design to significantly increase friction to aide in preventing premature loosening of the suppressor. This conical mounting system also directs force vectors away from the main line of action reducing the forces that work to cause suppressors to loosen in other designs. While the TTF precision machined tolerances between these two parts are very precise and by themselves make for the most accurate suppressors on the market; the conical surface also works to consume any tolerances inside the threading to perfectly align the bore of the suppressor to the bore of the firearm.