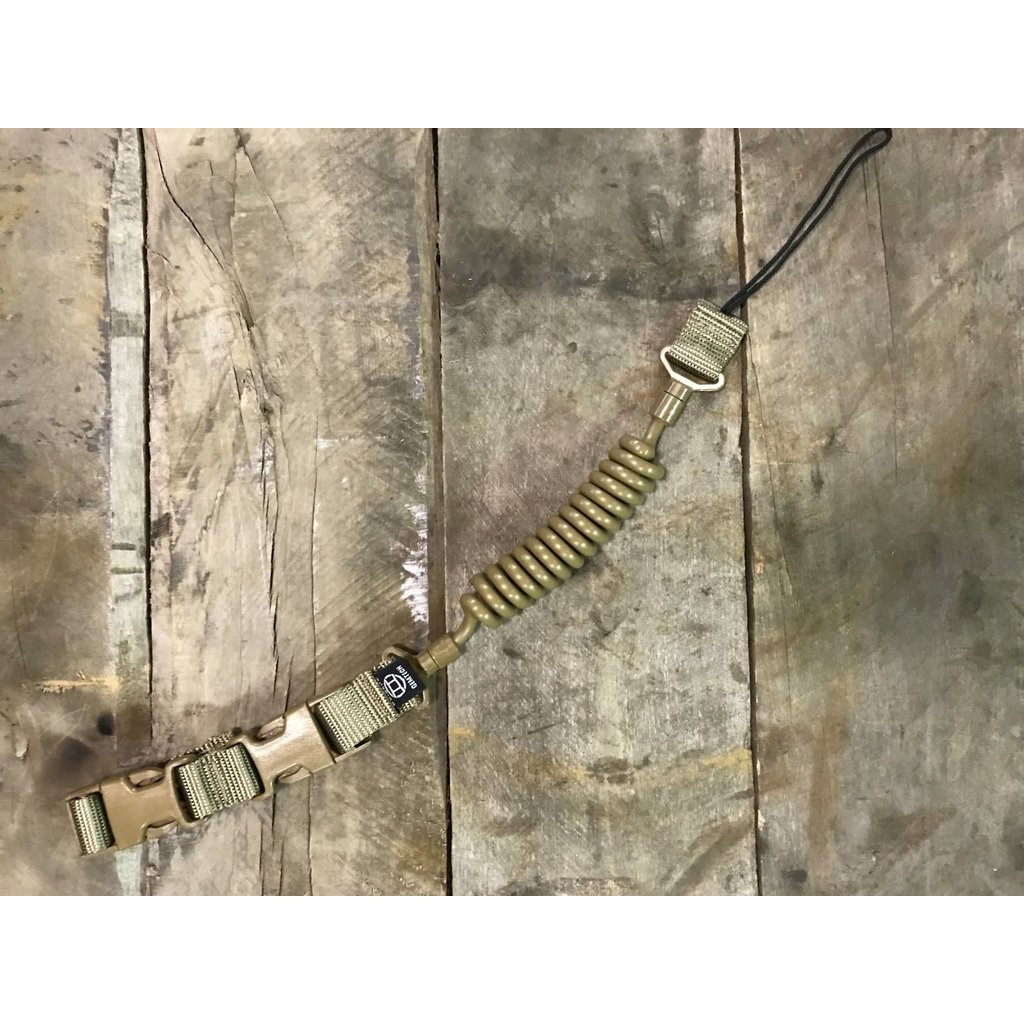 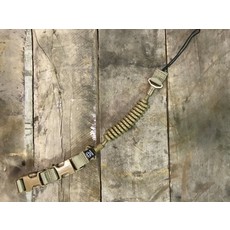 Designed primarily for law enforcement and mission specific military needs, the Tactical Retention Lanyard is a coil-cord lanyard invaluable for prevention of loss of the sidearm during high activity or maine operations. It is usable with any sidearm having a lanyard loop.

The Gemtech Tactical Retention Lanyard features a fully adjustable belt loop with a side release buckle to facilitate detaching the retained weapon fromt he belt loop. The loop portion of the lanyard easily attaches to the lanyard ring in the side arm, including the small lanyard slot in the SIG weapons. Unlike competitive products, the lanyard is specially engineered to have a programmed breaking strength of approximately 100 pounds to prevent serious user injury in the unlikely event the weapon becomes caught in machinery. This feature has saved the life of more than one of their armed forces.

In addition to sidearms, the Tactical Retention Lanyard is useful for prevention of loss of other small, valuable accessories including two-way radios, diving knives, cameras, and power tools. It is fully compatible with the marine environment and had been used extensively to prevent loss of diving accessories, including diving knives.