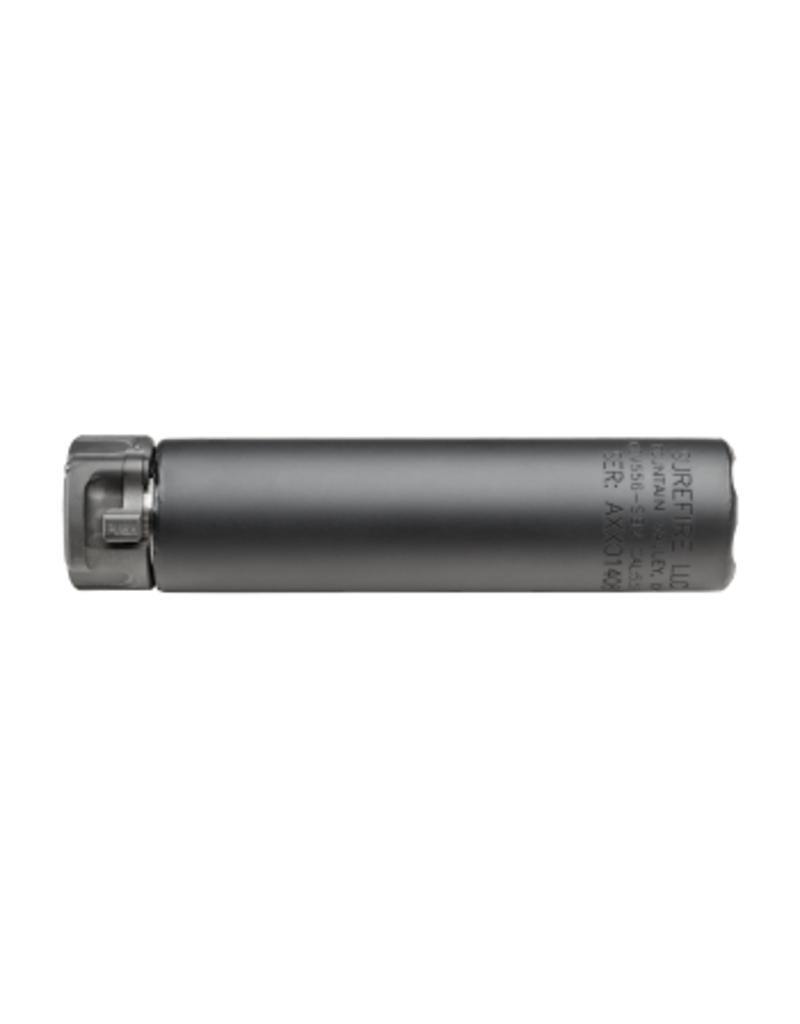 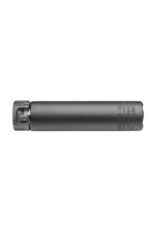 The new compact and lightweight Surefire SOCOM556-SB2 Fast-Attach suppressor is designed specifically for 5.56 rifles with barrels shorter than 10", or longer barrels firing unsatble ammunition (e.g. most unjacketed frangible and "green" ammunition). It is a modified version of the SOCOM556RC, the most advanced 5.56 rifle suppressor ever made, which was selected by US Special Operations Command as first among all competitors in the most extensive and rigorous suppressor evaluation in history, which covered all aspects of suppressor performance. Constructed of advanced high-temperature alloys and stainless steel, the SOCOM556-SB2 features a larger bore to minimize the probability of baffle strikes due to unstable projectiles, a common issue with ultra-short-barreled weapons and some types of unjacketed frangible and "green" ammunition. Advanced internal venting reduces back pressure, thereby reducing the suppressed cyclic rate and gas blowback on the operator. The new design also includes an integrated blast shield in the back section and computer controlled welding that increases durability. The patent-pending front-plate design, along with proprietary improvment in gas-flow dynamics, nearly eliminates first-round flash, a true technological breakthrough in this area. It also attenuates noise and dust signatures to an unprecedented degree. A new indexing system means this suppressor mounts securely to a Surefire muzzle brake or flash hider evenmore solidly than other previous models and is easier to remove after extended firing since the index tab is in a low carbon-buildup area. Like all Surefire Fast-Attach models, the SOCOM556-SB2 produces minimal, consistent shift in point of impact compared with an unsuppressed weapon.