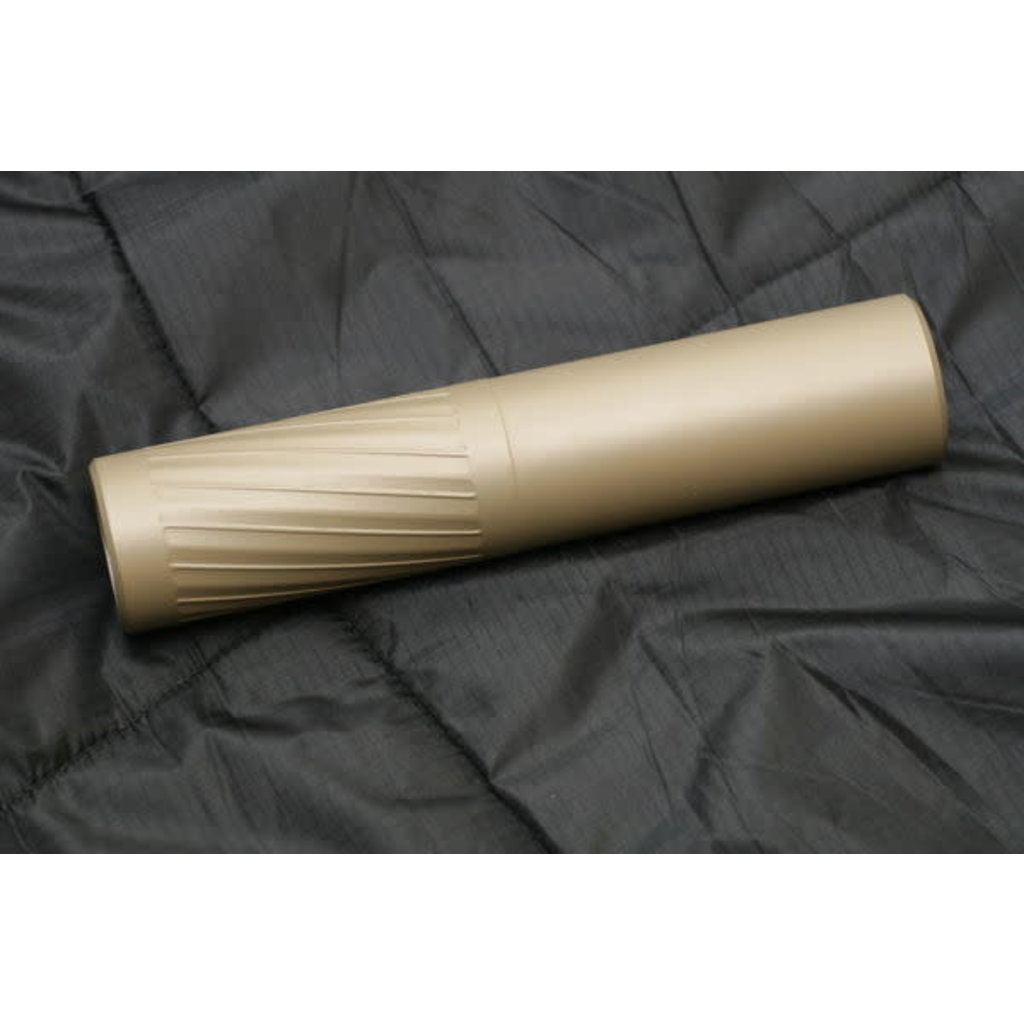 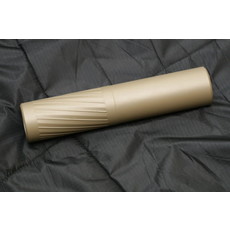 The Ultra 7 is their highly efficient compact precision rifle suppressor. it is best for applications where a compact form facotr is important but excellent suppression is still required. The 6.5mm caliber version optimizes suppression performance on 6.5mm and smaller calibers.

The .223 caliber Ultra series is available in the 7" version. They are available in either their Compact Brake CB Mount (a 'thread over muzzle brake' type mount) or in a direct thread mount.

The CB mount and direct thread mount have equivalent accuracy and repeatability.

With the CB mount, the suppressor mates to a conical shoulder on the brake and locks up rock solid and extremely tight. In direct thread configuration, the Ultra suppressors use a heat-treated 17-4 thread insert and initial blast shield. The Ultra series suppressors also have the flexbility to be changed from direct thread to CB mount and vice versa via a simple factory service operation, in case your needs change. This is accomplished by removing or replacing the default brake from the direct thread version.

The Ultra series is constructed of titanium with a fully-welded core. This material and construction provide a great strength to weight ratio. It can take whatever your precision rifle can dish out.

The Ultra baffle stack was completely redesigned, but retains the principles that made the 30P-1 stacks such a great precision and long-range suppressor. Thunder Beast Arms Corp suppressors have racked up impressive results at long-range field shooting events nationwide, and have been the most popular suppressor used in the in the Precision Rifle Series for three years running,

Many long-range shooters prefer shooting suppressed because the muzzle blast and concussion is eliminated, while the recoil impulse is reduced and smoothed out over time. The net result is that the rifle is easier to shoot and it's easier to amke hits. Communication with your spotter is easier because the need for hearing protection is reduced.

The Ultras were designed to be the 'ultimate' lighweight precision rifle suppressor. This means they used materials to meet those goals. Titanium, even Grade 5, is ultimately limited by temperature. The Ultras are very strong but excursions above 800 degrees are not good for the material. If you take it far enough above 1000 degrees, it will get too week to sustain the blast and you would eventually get a failure. They recommend keeping the Ultra series less than 800 degrees.

Full auto by itself does not really increase the pressure or stress on the can, it's the heat energy input in combination. Full auto or bursts would be fine on an Ultra as long as the material temperature does not exceed that 800 degree safety mark. In their testing, one magazine fired rapid (mag-dump) from an AR10 or AR15 does not exceed 800 degrees. Keep in mind this is firing at a full-auto-like rate. At that point you'd just have to let it cool. The second magazine may or may not cause it to exceed it deping on ambient conditions, loads, barrel length, etc. A shorter barrel will cause more heat input into the suppressor and its temperature will rise faster.